Your dog won’t stop barking, so now you’re wondering, “Do dogs get tired of barking?” We’re answering this question below, so you can learn more about dogs that excessively bark.

Do Dogs Get Tired of Barking?

Yes, dogs do get tired of barking. Barking is their way of communicating, so even though they may get tired, they likely won’t stop because of it.

Understanding the reasons dogs bark can help you deal with the loud and sometimes annoying barking that often occurs in households with dogs. Why Dogs Bark So Much

Dog owners know the familiar sound of barking in their homes. It likely happens multiple times a day and after a few shouted voice commands to hush, the dog’s bark stops until something else captures attention.

While there isn’t anything necessarily wrong with barking, excessive barking can cause a lot of stress to dog owners and neighbors, especially in apartment settings. One of the best ways to calm down a dog’s bark is to first identify the causes behind it.

Excessive barking is often due to defending territory. Dogs know their bark is an alert to people and other animals that they need to stay away. The closer the threat comes to a dog, the more the dog barks and sometimes in a much more aggressive way.

Territorial barking is mostly due to fear. When dogs are afraid, they let people know with their barking.

When a dog barks excessively, it could also be due to separation anxiety. As mentioned above, dogs bark when there’s a threat because they are scared. When dogs become anxious, that’s the threat, so they get scared and start barking and even whine a bit.

A barking dog is nothing more than a dog that is taking a stand. A stand against not wanting anyone to hurt him or anyone he cares about. It’s quite admirable, don’t you think?

Dogs also bark when they are happy and excited. Dog owners love it when they come home and their pup is jumping up and down and barking in excitement. This is the best type of barking, even if it’s so loud that you have to cup your hands over your ears.

Why Don’t Dogs Get Tired of Barking?

Even though dogs don’t get tired of barking, that doesn’t mean you can’t do anything about your dog’s excessive barking. What To Do About Your Dog’s Excessive Barking

The only way to reduce your dog’s excessive barking behavior is to limit the exposure to what is causing your dog’s barking. If people are walking by a window that he can see out of, maybe put up a curtain. Just know that it’s common for some dogs to eat curtains.

When living in an apartment where your pup may hear other people’s voices, consider background music. The music can drown out the voice of others which will keep your dog’s barking at a minimum.

Another idea is to wear out your dog with walks and playtime. A tired dog is a dog that sleeps for a long time. That can keep a barking dog from looking for threats out a window or listening intently to noises around him.

Many dog owners give their dogs CBD because it can help relieve anxiety, which causes barking. You can learn more about CBD for dog anxiety and CBD for dog barking to see if it’s right for your pup.

How to Deal with Your Furry Friend’s Favorite Past Time

It may seem like barking is your furry friend’s favorite pastime, and it may very well be. Let’s be honest. Sometimes, it does seem like it’s a good time.

Dog Ownership Guide believes Happy Dogs ~ Happy Owners. For dogs that may not be scared while barking, but rather happy or excited, it might be a good idea to get some earplugs. Shouting oftentimes doesn’t work.

There are barking collars, which may help if your property doesn’t exactly enjoy your pup’s symphony. Below are some dog products if you’re interested. This is a SUPER humane bark collar. All it does is beep and vibrate when your dog barks. There are 7 levels of intensity but even the highest level isn’t enough to hurt your pooch. It just gets your dog’s attention and with some training on what it means it goes off, and your dog will learn to suppress his desire to bark all the time. Dr. Trainer’s shock collar for barking dogs comes with an app. It does deliver an electric shock if you choose that feature. You can turn it on and off. The way it works is when your pooch barks, it beeps. If your dog continues to bark, it vibrates, and then if your dog continues to bark, it delivers an electric shock. The sound, vibration, and shock are unpleasant to your pooch and eventually, he/she will understand that barking is what makes it happen and won’t do it as much just to avoid it.
Click to Learn More

Have a small dog that barks excessively? Learn more by reading: Why Do Small Dogs Bark So Much 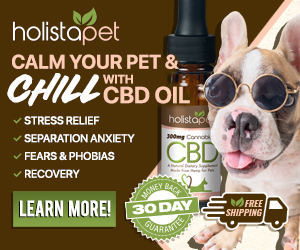